Travis Scott Ordered To Pay $383,000 For Missing Performance In Minnesota 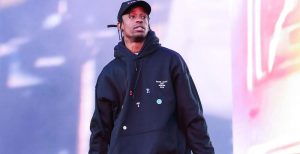 Travis Scott reportedly lost an enormous lawsuit this week.  A jury awarded entertainment company PJAM $382,932.79 after they sued Trav in March 2018 for missing a performance in Minnesota on Super Bowl weekend.

Scott’s attorney, Howard King, chimed in with his thoughts on the outcome.

“The jury verdict of $383,000 is disappointing, but far less than the seven figure demands made by the promoters,” King said. “We believe the verdict will be substantially reduced or overturned in subsequent proceedings.”