The Notorious B.I.G Gets Brooklyn Street Named After Him 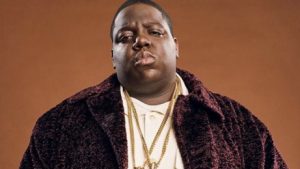 The Brooklyn intersection where legendary rapper The Notorious B.I.G. grew up will be officially be renamed in his honor. Big’s estate, the Christopher Wallace Memorial Foundation, announced the news yesterday, on what would have been Biggie’s 47th birthday.

The ceremony will take place on June 10 to officially rename the Fulton Street intersection between Gates Avenue on St. James Place to Christopher Wallace Way. Several members of Biggie’s family are expected to attend the public ceremony, including his mother, Voletta Wallace.