T-Pain Opens Up About The Circumstances Surrounding His Brother's Death 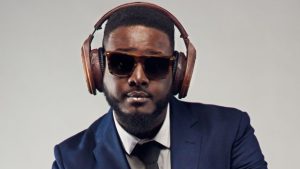 T-Pain,  whose brother unfortunately passed away earlier this year, recently hopped on Instagram to defend himself against a fan who claimed his brother would still be alive, if Pain had paid the hospital more money.

“My brother just died February 5, bro,” he starts. “And this man just told me I let my brother die because of the hospital bill after I paid $2.2. million to the hospital. And he told me if I wouldn’t have paid more money then my brother would still be alive. Money don’t fix everything. You’re putting too much power in money. Why would you think that’s possible? Nigga don’t even know how my brother died.

“I paid $2.2 million. He got out the hospital and was living his life. He had just got back to Walgreen’s, was walking on his walker at my mama’s house, he slipped up, his leg gave out and he hit his head on the fucking kitchen counter, and his brain started bleeding, and he went braindead, and then he died. How can money fix that? If money could fix that, all my family members would be alive.”