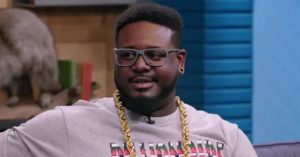 During a recent performance at the B’Nai B’Rith Youth Organization (BBYO) Convention in Denver, T-Pain got fed up with the crowd. This weekend, while in the middle of performing, Pain abruptly ended his performance after getting hit in the face with a beach ball. A Reddit.com user uploaded the footage to Reddit on Monday (Feb. 18).

The user also claimed that Pain was already agitated during his performance because things had been thrown at him. He says the beach ball was the last straw. TMZ reports that Pain’s people tried to get him to go back on after his exit, but he refused. Check out the footge below.