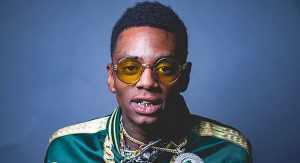 It looks like Soulja Boy’s recent antics have caught the attention of YouTube star Jake Paul. Paul confirmed that he wants to get in the boxing ring with Big Soulja for $20 million.

“It’s pretty serious,” Paul expressed when asked about the fight. “I’m trying to fight him. I know it’ll blow up. There’s just a lot of controversy around him and I think love to see him get knocked out,” Paul said. “I’m sure people want to see me get knocked out to so that’s why I think it’ll be a big fight.”

The YouTuber seems sure that the fight will go down, and that he will  knock Soulja out.