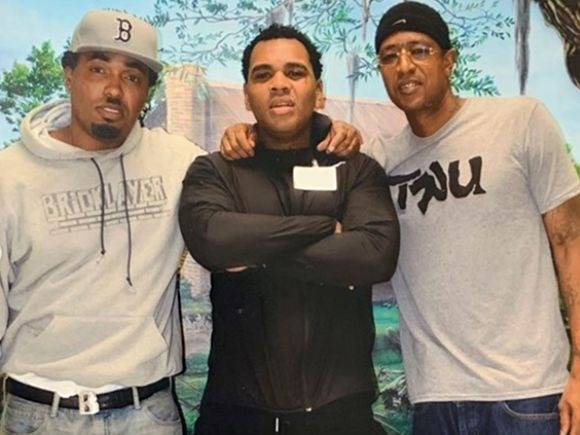 The events surrounding this photo led to rap music star Kevin Gates being banned from all prisons in Louisiana.

According to a report The Advocate published on Monday night (Sept. 30), the New Orleans Department of Public Safety and Corrections made the decision to prohibit Gates from entering all state corrections institutions across the state. The decision came after an investigation was launched into Gates’ visit to the Elayn Hunt Correctional Center in July.

After his visit, Gates posted several photos of himself and rapper C-Murder. In one of the photos, Gates, who just dropped his new project I’m Him, can be seen flashing a fan of $100 bills. According to a spokesman for the state corrections department, the rapper violated policy when he posted the photos of his wad of cash since visitors aren’t allowed to bring more than $300 into the prison.

Not only is Gates reportedly forbidden from entering the property of any state corrections facilities, but the two officers who oversaw the visit have purportedly been reprimanded. After the investigation, DOC documents state that Deputy Warden Perry Stagg and Major Jason Linzy reportedly didn’t follow standard institutional policies during Gates’ visit, which led to multiple rule violations.

Along with bypassing body scanners, both Stagg and Linzy reportedly allowed Gates to drive his car through the front gates without being searched. The DOC investigation also found that Gates skipped out on other procedures that are meant to verify visitors. Despite claiming that he was there to see his father, the investigation shows that Gates had no official family ties with any of the inmates he visited that day.

While the ban is in place, no other legal action is expected to be launched against Gates since the money he flashed a.k.a the evidence wasn’t seized during his visit.
Next Article > < Previous Article