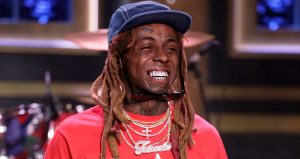 On Saturday during Rolling Loud Festival Weekend, Lil Wayne hopped on Twitter account to announce that his performance at the festival  was cancelled because he refused to be checked by festival police.

“To all my fans who came to see me at Rolling Loud, I’m sorry but I won’t be performing,” Tunechi tweeted. “The Festival Police (Not Rolling Loud) made it mandatory that I had to be policed and checked to get on the stadium grounds. I do not and will not ever settle for being policed to do my job and give you guys a great show.”

“I will be at Story tonight for the afterparty and you kan katch me on tour with my bros Blink 182 this summer!” He added.