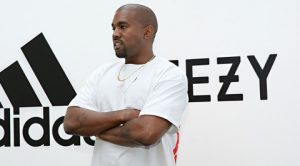 Kanye West is now looking to expand his role at Adidas. During a recent interview, Ye revealed that he is putting his bid in for the role of creative director.

“So it’s interesting to me when you get these situations, because, like, I’ve been fighting and struggling and arguing and talking and having conversation after conversation about being the creative director of Adidas,” Kanye said during the interview.

While many may believe that Kanye’s controversial political views might stop Adidas from working with him in a larger capacity, it seems they feel differently.

“We don’t sign up to all the statements he makes,”  the company told CNBC in November 2018. “We sign up for all the creative work we jointly do, which has been extremely successful for both parties. If he stays away from politics, that’s his choice. We’ve had a great relationship with him.”