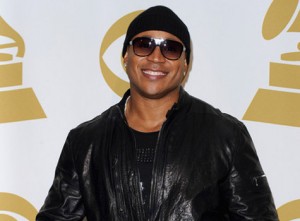 LL Cool J was scheduled to perform on Dick Clark’s New Year’s Rockin’ Eve with Ryan Seacrest but will cancel after catching COVID. The ABC Special is set to take place in New York City’s Time Square. LL made an announcement that he was looking forward to his performance but tested positive for COVID. He wishes everyone a “health and Happy New Year.”

Singer Chlöe was also supposed to perform and pulled out of the event. No explanation was given in her case. That announcement was made by MRC Entertainment, the company producing the New Year’s Eve special.

Despite losing LL & Chlöe, there will still be a number of Hip Hop artists performing, including Big Boi, French Montana, Polo G and Macklemore in a pre-taped performance from Los Angeles.
How to Promote your Music
Its an awesome experience when Dj Epps & Mp3waxx links up and make massive moves to break a new artist and there music, such an honor. Send your music asap!!!
Dj Epps
Great organization, I love that they support the ladies and I love how they give artists a real chance by breaking their music.
DJ ReRe
Best service out
DJ Kash
As a hard working female DJ, I was honored to be selected and part of such an elite DJ network. They are super supportive of the female DJ.
Dj Lp NYC
Be rocking with mp3 waxx for years now breaking records all over Florida. There is no bigger movement.
Mr Everywhere
SWAMP Izzo ATL been rocking with Mp3waxx been Breaking records Over 5 years now Exploding some of the biggest orders in the music business thank you for being a part of a great team
they powerus
I’ve been apart of MP3Waxx going on 6 years and love everything about it! They take care of artists and DJs like no other corporation I have encountered. MP3Waxx services thousands of DJs across the nation with the newest music from upcoming and established artists. We take pride in staying ahead of the curve and breaking records. If your an artist looking to service music or a DJ needing music to add to the library, this is the place for you! Check them out asap!
DJ SHE REAL
I'm Quest The DJ out of Atlanta I DJ the hottest clubs in the ATL I been with Mp3waxx for a couple of years now. I really enjoy the movement. We break records worldwide.
DJQuest DaChamp
BIGGEST RECORD BREAKING SITE IN THE COUNTRY! We actually break these records on foot. It’s a real movement!! #Mp3waxx General!!
Mickey Dunning
Instrumental with all my single releases, I never drop any artist without MP3Waxx involved, breaking records is always the goal and their platform helps solidify that!!!
DJ Calvin Da Coordinator
Reviews