Fox Series Empire Will Not Return After Upcoming Season 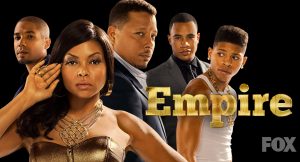 on Monday (May 13) it was canceling the show after Season 6, which will air next year.

“We’re turning the final season of Empire into a large television event,” Collier said. “If you look at what we’re doing with Empire ... we really are trying to go out guns a-blazing. One of the great benefits of announcing a final season is to allow the fans to lean in and to have the ending they deserve, and that’s everything we’re trying to do with this iconic series.” said Fox Entertainment’s Charlie Collier.