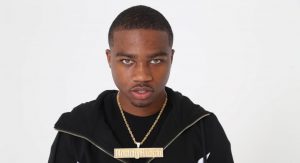 Roddy Ricch has sent out prayers to those involved in a fight at his show in the U.K. The rapper was on stage when three people were stabbed at the Electric Brixton in London on March 12th.

Bystanders called police to the venue at 10:30 p.m. after receiving calls about three men who were stabbed during a fight that erupted out in the crowd. Once the venue was evacuated, Roddy explained the abrupt ending to his show.

After a successful performance, an unfortunate event occurred in the area of the venue that I had ZERO involvement in. I send prayers to London and hope to spread peace throughout ✌🏽