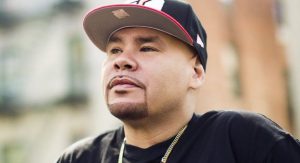 Fat Joe has just been hit with a lawsuit that accuses the him of stealing his 2016 hit “All the Way Up,” featuring Remy Ma and French Montana.

According to TMZ  a producer named Eric A. Elliott a.k.a. Fly Havana, filed court documents claiming that he co-produced the track with Infared in 2015. Elliot alleges that he worked on the beat for five hours and gave the “unfinished version” to his co-producer Infared.

Havana insists he never heard back from Infared and was completely shocked when he heard “All the Way Up” playing on the radio in 2016.

When he reached out to Fat Joe for credit and compensation, they agreed to meet at an IHop in March 2016 where Fat Joe allegedly wrote out a check for $5,000.

Elliott says Fat Joe promised him more money once “All the Way Up” generated more income, but he hasn’t seen any more money. None of the rappers on the hit song have commented on the lawsuit.