Documentary About Mac Miller's Life Will Begin Production Next Year 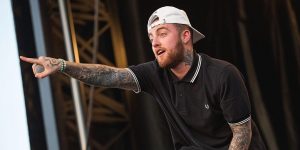 Nine months after the untimely passing of Mac Miller, a film company has decided to honor his impact in hip-hop and music as a whole. FortyFps Films announced via Twitter that they will be working on the project.

So, over the next year I’m going to start collecting interviews & content to make the definitive @MacMiller documentary for his family, friends & fans…