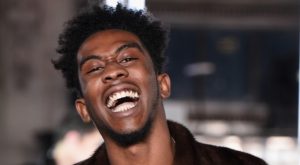 It is now abundantly clear that Desiigner is not happy with his label situation at G.O.O.D Music. Last night, the rapper dropped his own version of Blueface’s “Thotiana.”

“I like to mix the codeine with the Fanta, huh/I got it going crazy, like Desiigner, huh/Oh god, it goin’ crazy, like Kanye, huh/I brought it to my house on a Sunday,” Desiigner spits.

This release comes on the heels of the rapper claiming he revived G.O.O.D. Music, with the success of his single “Panda.”  This is the same night he spoke on his feelings towards being signed to the label.

Check out Desiigner’s “Thotiana (Remix)” below.