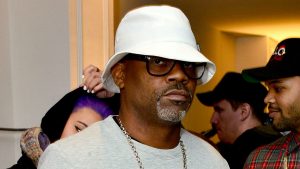 Dame Dash is being sued for a whopping $7 million over defamatory social media comments about a director named Josh Webber. They are both fighting an ongoing legal battle over a movie they worked on together.

The film, Dear Frank, is directed by Webber and his company Muddy Water Pictures. Dash had been co-directing Webber until he was fired from the project in 2018 for allegedly behaving irrationally and being high on the set. Earlier this year, Webber took the Roc-A-Fella Records co-founder to court because Dash began marketing Dear Frank, which Dash was calling The List, as his own movie despite no longer being a part of the film.

Dash took to Instagram to discuss the beef. “I was going to deal with this later but I guess I’ll have to deal with it now…this is the movie the list #thelist that I directed and produced about a year ago… @muddfilms is pretending he owns this film and @joshawebber (pure culture vulture) is pretending he directed this movie.”

Webber claims that Dash’s actions and defamatory comments, have lost him a $6 million investment on one project, where court documents “specifically reference the actions of Dash as the reason the contract was terminated.” He also allegedly lost another gig that would’ve paid $275,000. He is seeking 6 million in damages.