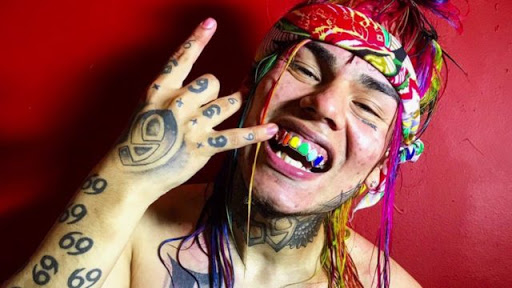 Shortly after completing his house arrest, controversial rapper Tekashi 6ix9ine filmed a new music video in Brooklyn – which he also just released.
Tekashi 6ix9ine was sentenced to 24 months in prison after pleading guilty to racketeering, firearm possession, and drug trafficking charges back in February 2019.  In April of this year, 6ix9ine was granted an early release from prison amid concerns over the coronavirus. The rapper’s legal team requested he be freed because he suffers from asthma, which put him at a greater risk to become ill from the virus. The federal judge overseeing the case agreed and allowed 6ix9ine to serve out the remaining four months of his sentence in home confinement with a GPS monitor. 6ix9ine released new music and videos from home, including “Gooba”, “Trollz”, and “Yaya”. “Punani” marks his fourth single/video since being released from prison. Take a look at the video for Punani here
Next Article > < Previous Article