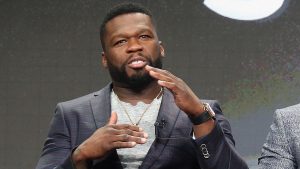 50 Cent’s hit Starz show Power is about to air it’s final season this summer and 50 believes it will be better than hit HBO series Game of Thrones.

“Power Season 6 is gonna blow you away, GAME OF THRONES ain’t got SHIT ON ME,” he captioned a photo of himself on Instagram. “Shoe program nigga.”

After some Thrones fanscomplained about the post, one fan decided to photoshop 50’s face onto one of the show’s characters as a joke. 50 promptly responded to the meme. “This shit ain’t nothing but hating ass game of throne fans sit there with too much time on there hands mad because. POWER is #1,” he captioned the prank pic. “Fuck you and your flying dragons. We on some real life shit hoe.”