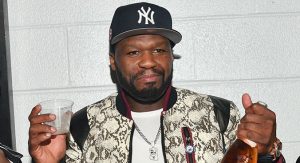 With 5 seasons under it’s belt as Starz Network’s breakout series, 50 Cent’s Power is coming to an end soon.

50 Cent took to Instagram to announce that the show will be over after its sixth season ends later this year.

“Augs25 starts Season 6 is the final season of POWER. I have 4 spinoff shows coming so don’t trip Starz #lecheminduroi #bransoncognac,” 50 captioned the post, which shows him rocking a white tuxedo. He also revealed in the comment section that the latest season of the TV series will include 15 episodes.

Augs25 starts Season 6 is the final season of POWER. I have 4 spin off shows coming so don’t trip. Starz #lecheminduroi #bransoncognac